“Bringing Out the Best”

Garry Hebert is regarded as one of the top power skating and skills coaches in the world today.  Known for his deep faith, Garry is also a featured spiritual singer and inspirational speaker.

Garry became the complete hockey player himself due to the rare integration of both figure skating and hockey background. His mother is a renowned figure skating pro who trained Garry on figure skates until the age of ten.

Honored as an All-American and Hall of Famer out of Thayer Academy, Garry played his Division I college hockey at nationally ranked University of Vermont where he was a top recruit and standout.  Garry was scouted by the Montreal Canadiens as “the best pure skater in North America and Europe” at the age of sixteen.  He was on the fast track to the NHL before a serious off-ice injury ended his playing career.  However, the Boston Bruins invited him to training camp as their power skating and skill development coach in 1991.  Shortly thereafter, Garry founded The World Academy of Hockey. His renowned “Inside Edge Skills Series” is an extraordinary success and ranks Garry as one of the world’s elite specialists in the field today.

Coach Hebert is now internationally recognized as a top consultant to NHL pros, Olympic athletes, and collegiate players. Garry has been a multiple time championship coach at varied levels including a dramatic NCAA college title. His world-class expertise is esteemed by coaches and players alike.  Coach Hebert has carved the reputation as “Mr. Fire on Ice” for his passionate ability to inspire player development as well as for his unforgettable speeches and gifted demonstrations.

Garry is also the co-founder of the prestigious Hockey Humanitarian Award given out annually to the finest citizen in all of college of hockey, presented the same day as the Hobey Baker Award and featured on ESPN. 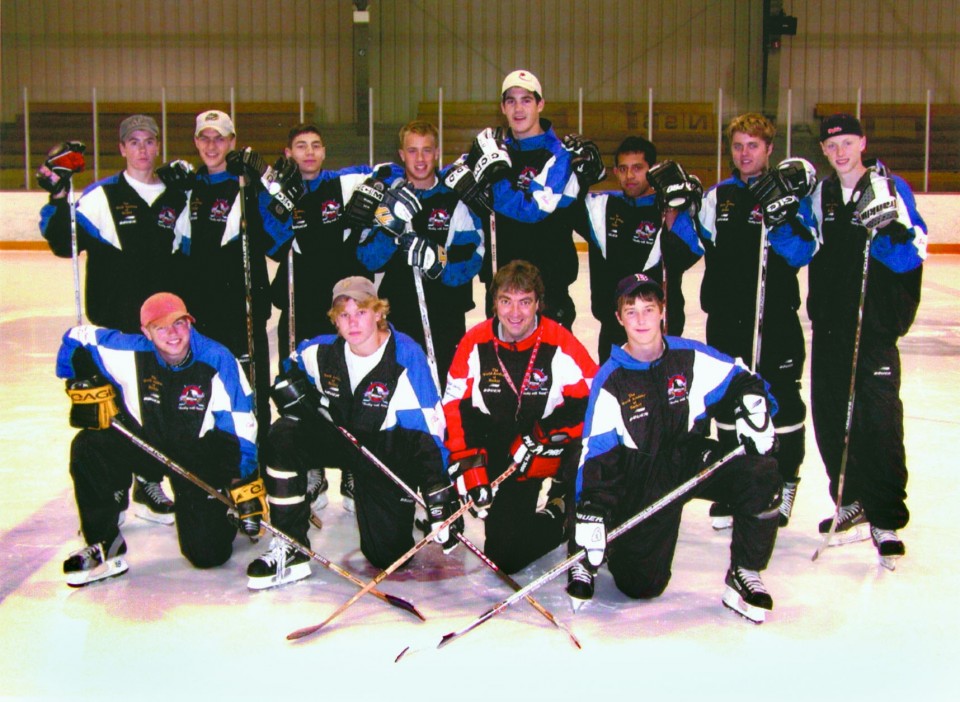 Acclaimed as one of the best skaters and stickhandlers you will ever see, Garry’s enthusiasm and depth of expertise reveal a passion for helping each player reach his or her full potential. Garry was scouted by the Montreal Canadiens as “the best
pure skater in North America and Europe” at the age of sixteen.

On the fast track to the NHL, Garry suffered a serious off-ice injury which ended his playing career. He was then invited to work with the Boston Bruins and ultimately founded the World Academy of Hockey.

Garry Hebert has been described by some of hockey’s most knowledgeable authorities as an “unforgettable and dynamic” power skating and skills coach. From the youngest novice to the highest ranking pro, Garry brings out the best in each player he touches.

Coach Hebert enjoys an unparalleled reputation for building the “complete player.” His impressive track record embodies an unmatched talent for developing the major skill groups. Garry’s formula results in powerful skills for peak performance. In short, he achieves exceptional results. He is an inspirational communicator and an impactful coach/mentor.

The demand and popularity of Garry’s programs have been secured by his devotion to the cultivation of excellence in all of his student-athletes. As tomorrow’s leaders, Garry helps them develop the character to be passionate players and compassionate teammates. Garry is truly a proven elite specialist in the field. The proof is in the improvement. One Stanley Cup championship coach best sums up the sentiments of Coach Hebert’s legacy, “Garry’s impact is unmistakable, unmatched and unforgettable”.